We are all aware that COVID-19 cases are growing in the United States. K.Vet Animal Care would like to take preventative measures to avoid the possible spread of the virus in our community. Please note: Due to COVID 19 we have suspended our boarding services. Please email the office for a list of alternate boarding options. 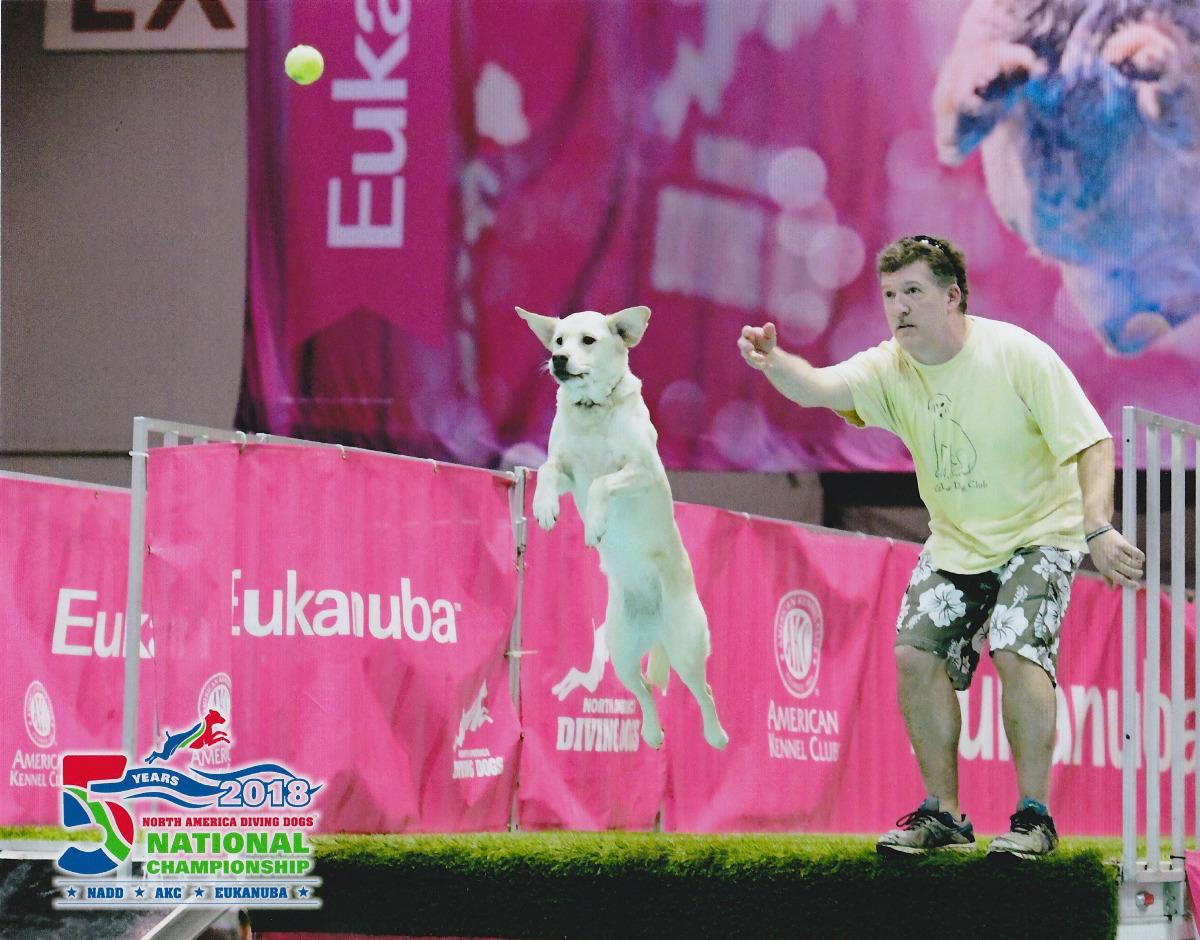 I mentioned to the KVet office manager, Brittany, that one of my Chiropractic patients had made it to Nationals for Dock Diving.

Dr. Konegger overheard the conversation, and commented that we should feature that dog.

I had no idea that getting into my blog was so desirable!

This is another story of an athlete who benefits from regular Chiropractic care.

I asked Sahara's mom to send me a few pictures.

I also asked that she give me a few details for the blog.

Well, she wrote a nice blog for me.

What follows is Sahara's story, as told by her mom. I’ve attached several pictures of Sahara at Dock Diving Nationals this past December in Orlando, FL.

Sahara is a natural at dock diving. It’s the perfect sport to combine her natural love of water and retrieving! She started fairly young (about 6 months old) by learning to swim at Keystone State Park.

Right from the start, it was difficult to keep her out of the water (not surprising for a Labrador Retriever). We found sticks and started throwing them out farther into the lake, and she had no hesitation about going out after them and bringing them back. At the time, our older dog, Einstein, liked to jump off the boat dock after sticks. One day, Sahara just followed him right off, and she’s been jumping ever since! We went to a couple fun matches at Misty Pines Dog Park and learned a lot from the members of Three Rivers Dock Dogs about jumping technique and also throwing technique (who would have known there is so much to it?!).

Last spring we decided to try competing in an official North American Diving Dogs competition. Sahara never relaxed…she just wanted to get into that pool! We use a retrieving bumper (like the hunters use to train their water retrievers), and she gets very excited when she sees us bring out that bumper. She quickly earned her Dock Senior Title. This was earned by getting 5 qualifying jumps in the Senior Division. The Senior Division includes jumps between the distances of 15’ and 19”11”. Sahara’s average is 19’ 6”. She has recorded a personal best of 20’2” (one of several jumps that she has in the Master Division – 20’ to 23’11”). Her 2018 Breed Ranking was 129th out of 257 Labrador Retrievers.

In August of 2018, Sahara placed first in her division at a National Qualifier Event, which earned her an invitation to the North American Diving Dogs Nationals! She did a great job in a tough environment (very loud, noisy, and lots of people crowded around the pools watching) with a jump of 18’ 11”, which placed her 25th out of 178 dogs in the Senior Division! You can see from the photos how serious she is about this sport! She and Dave are totally focused on the throw. We ended up using a tennis ball at nationals because she was a little nervous about the noise, etc., and we were trying to get her focused and jazzed up by using the tennis ball (her absolute love is tennis balls!) fully intending to switch to the bumper. She was happy playing with the ball and wouldn’t really change her focus to the bumper, so we made a last second decision to stick with the tennis ball.

Looking forward to qualifying for this year’s Nationals! 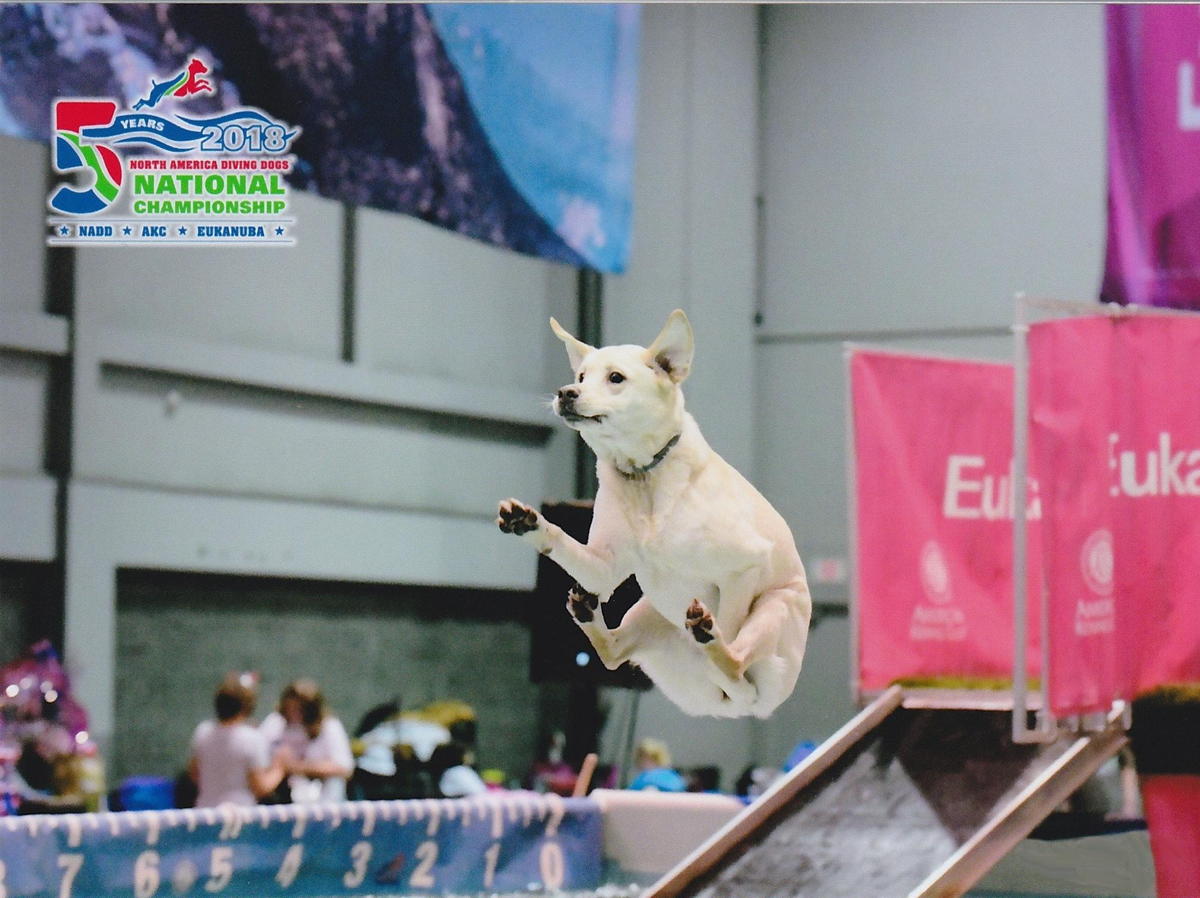