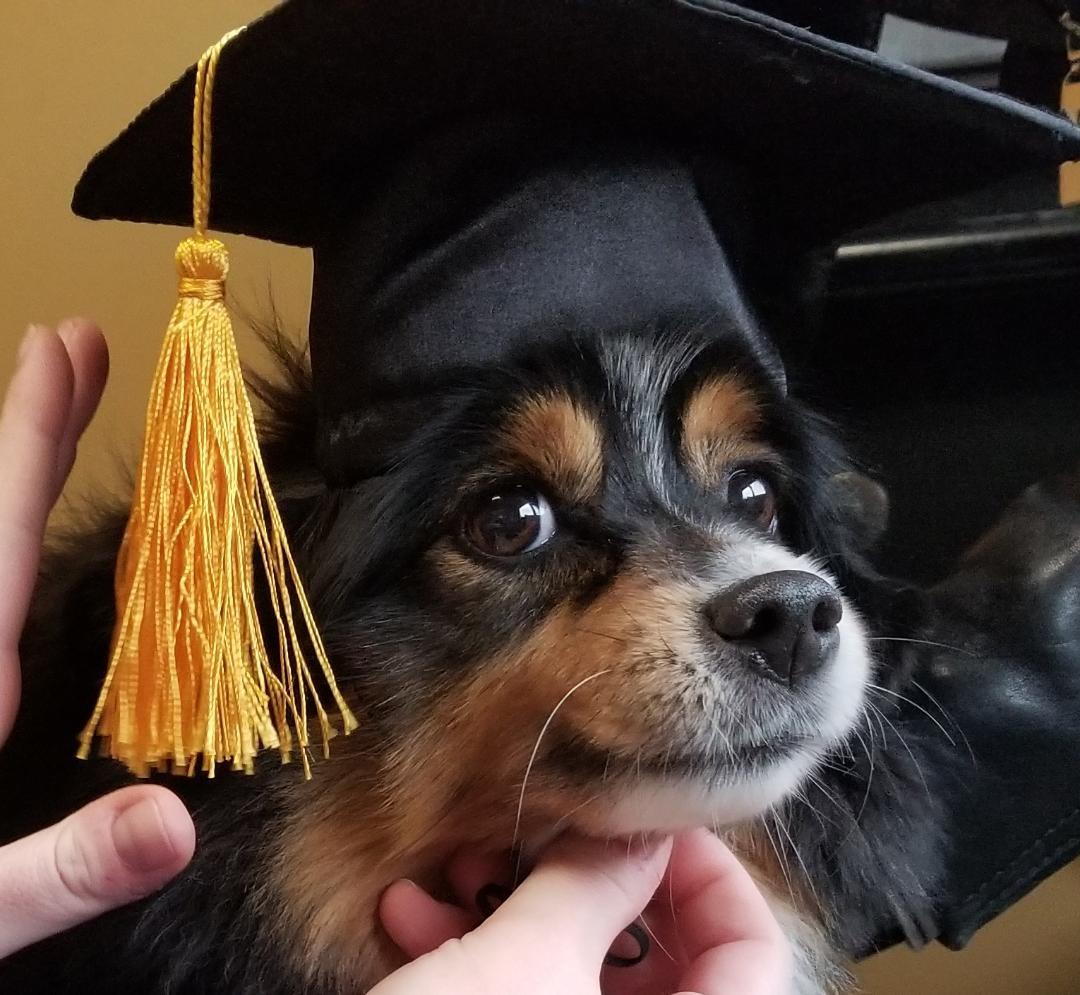 Harley graduated from rehab a little over a year ago.

At that time she presented for an acute lameness (trouble walking).

Several years before that Harley had surgery on her knee (stifle).

Even though it was quite a bit of time between Harley's surgery and her rehab, she was able to make a nice recovery and returned to her normal place in her family.

Since that time Harley has been well supported by monthly visits with me for chiropractic and laser.

As a result of altering her gait for that injury, she did cause some stress to her left knee (stifle).

Now Harley will go back to rehab for a tune up. 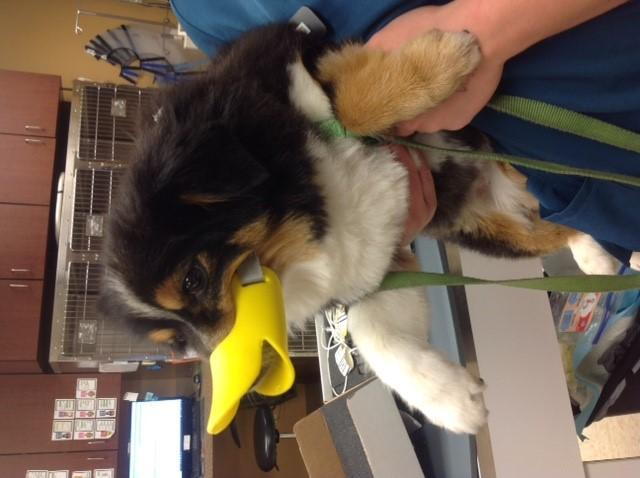 Since Harley is not always really happy to see me, she gets to wear a party hat (muzzle) for her visits with me.

Recently KVet got these muzzles.

I'm not sure exactly what the thinking was, but Harley the duck is funny!

(Maybe it would be best if you don't tell Harley that I said that.)

While we strive for the best long term outcomes, new injuries do occur.

Since Harley responded so well to rehab previously, I expect her to do well again.

(I am told that Harley is, in fact, much happier to see the rehab techs.)